Political participation is at the core of democracies around the world. Using his art and his platform, Gary Baseman promotes participation in democracy by encouraging everyone to vote.

At the end of 2021, Baseman partnered with Graphika 2022, a creativity conference in the Philippines, hailed as one of the most influential events on design that side of the world. To encourage people to attend the conference, Graphika offered a very special version of Baseman’s Vote T-shirt for free to all attendees, with the simultaneous goal of advocating Filipinos to exercise their voting rights in the country’s national elections on May 9, 2022.

“The forthcoming elections are set to be some of the most important in recent history, and we hope they will help pave the way for a radically different approach to human rights,” Erwin van der Borght, Interim Regional Director for Amnesty International, recently said. According to Amnesty International, an estimated 67 million Filipinos are expected to vote in the 2022 elections. (1)

To Baseman’s Filipino fan base, don’t forget: There’s power in your vote!

Through his art, Baseman will continue encouraging voter participation around the world.

Visit our webstore to get one of the very limited VOTE t-shirts available and shout out your support for democracy in style! 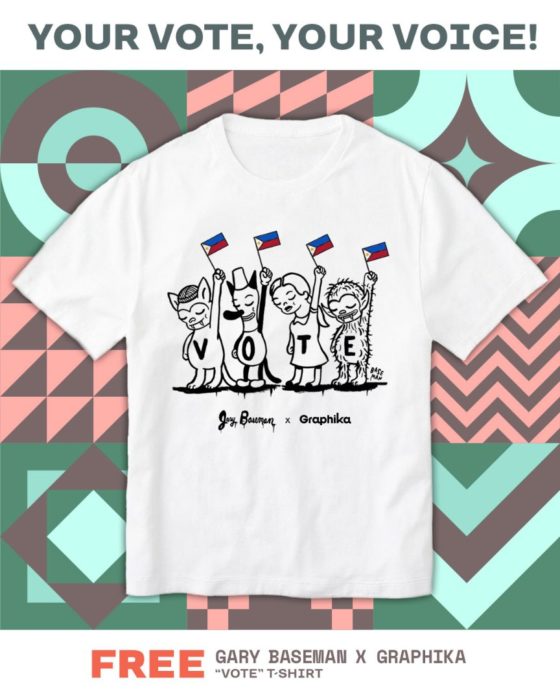 WHERE EAST MEETS SOUTHWEST! I haven’t seen this

Such a BAD ASS! Blackie the Cat was my HERO! He wa

A Margarita Toast to SHARON TATE and her friend’

ON THE 7TH DAY, GOD CREATED DOG! I love this SISTI

The Best FEEL-AWKWARD Film of the Year!!! Toby jus

Happy Birthday Mom! Today is the anniversary of my

SHINE ON, RICHARD TAIT. Richard with his partner,

SWIMMING WITH SHARKS! 9 years ago today, my pal an

BLACKIE THE CAT WAS MY EVERYTHING! As I’m workin

The LAST UNICORN 40th Anniversary Screening at the

ILLUSTRATION THEN! and NOW! My @taschen book cover

SUMMER COLOR EXPLOSION! Inspiration all around the