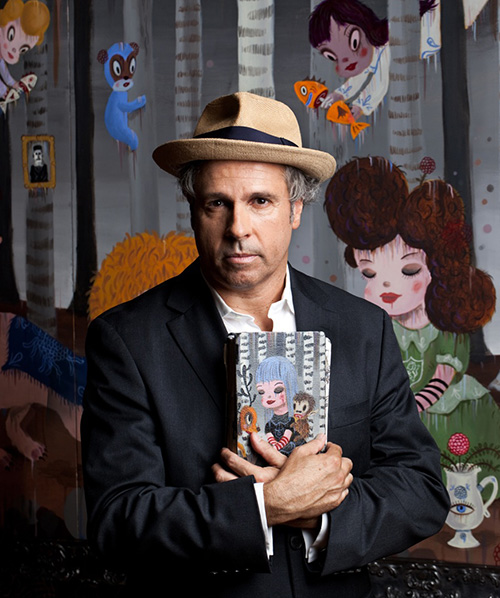 Los Angeles-based Gary Baseman explores the “beauty of the bittersweetness of life” through painting, performance, film, and fashion. Recent projects include a collaboration with COACH; a documentary “Mythical Creatures” about his family heritage; and a traveling retrospective that featured hundreds of his paintings, photographs, videos, and toy and costume designs.

Baseman’s multifaceted career includes illustration for clients including The New York Times, Rolling Stone, and The Wall Street Journal and the bestselling board game Cranium; as well as animation for which he created the Emmy and BAFTA award-winning series and feature film “Teacher’s Pet” for ABC/Disney. He is a frequent speaker at international conferences on graphic and multidisciplinary arts and visual communications.

Where SECRETS are kept. And those who protect them

WILD THING, YOU MAKE MY HEART SING! I love my orig

HAPPY KID! HAPPY SUNDAY! This is ME in 6th Grade

TOBY LOVES YOU. He hopes the feelings are mutual!

A NEW good reason to eat at Canter’s! A Gary Bas

ELON MUSK IS WRONG. I just read he would reverse

Shhhh…I’m INCOGNITO! Can you find me in the fo

MAY THE 4TH BE WITH YOU! I drew this during breakf

Every woman has the right to choose. I can’t bel

PIANO CAT! Love this drawing of BOSKO playing with