The Nine Lives of Blackie the Cat is an ongoing drawing series by Gary Baseman that started in Summer 2020, inspired by his long time art collaborator Blackie the Cat. Selected works from the series will be made into affordable print sets of 3, exclusively available from Baseman Studio. The new set includes Blackie ascending toward the heavens, meditating in lotus position, and playing Tim Burton’s film character Edward Scissorhands.

In his nearly 18 years of life, Blackie the Cat (2013–2020) contributed greatly to Gary Baseman’s art world, inspiring multifaceted original characters designed by the artist and collaborating on a number of interdisciplinary projects like The Purr Room. The Nine Lives of Blackie the Cat celebrates the spirit of creativity and the power of unconditional friendship. Baseman’s interpretations of his feline companion expand the artist’s traditional thematic explorations, showing appreciation for culture and entertainment, as well as the attributes that made Blackie the Cat unique.

Each set includes 3 signed and numbered giclee prints (edition of 100), each measuring 7 x 5 inches. Starting 11/27 at 9am PST, go to the webstore to acquire affordable Baseman art. 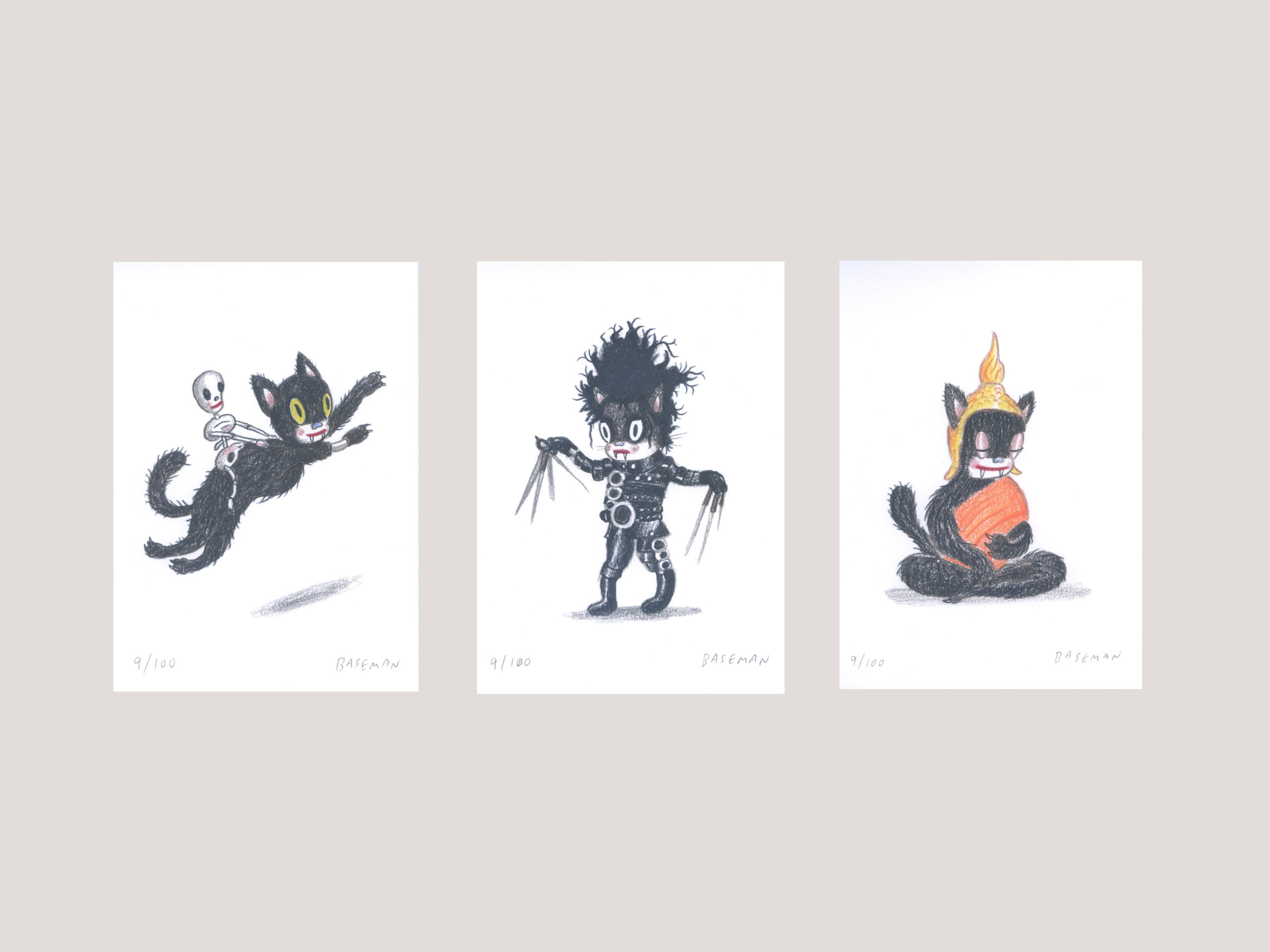 Cuddling on a cold Tuesday morning. It says it’s

Drawing my older brother, Sam, when I was 11 years

BLACKIE THE CAT SANDERS at my favorite BLACK CAT A

BLACKIE THE CAT SANDERS has been getting around.

BLACKIE THE CAT SANDERS. #theblackiethecatshow #b

Inauguration of Joe Biden and Kamala Harris! Such

YOU’RE FIRED! Bye bye, Loser. I wish I could be

My MOM at CANTER’S. A drawing of my MOM when sh

MY SECURITY BLANKET. In many ways, Blackie the Cat

The MAGA CAPITOL MOB! The more I look at some of m

DUNCE! 30 years before I made my first DUNCE figur