Gary Baseman and his studio join the celebration of Juneteenth National Independence Day. On Thursday, June 17, 2021 President Joe Biden declared Juneteenth a federal holiday in the United States. Officially commemorated on June 19th,  Juneteenth memorializes Black emancipation in our country but it also represents an important moment in recognizing the country’s not-so-glorious past, and moving forward to a more equitable future.

In his sketchbook Baseman created two drawings (2020 and 2021) capturing the celebratory sentiment of this historic moment. In both pictures we observe some of his most beloved characters, including Toby, Blackie the Cat, ChouChou, Creamy and Ahwroo demonstrating that we rise by lifting each other up as a community. 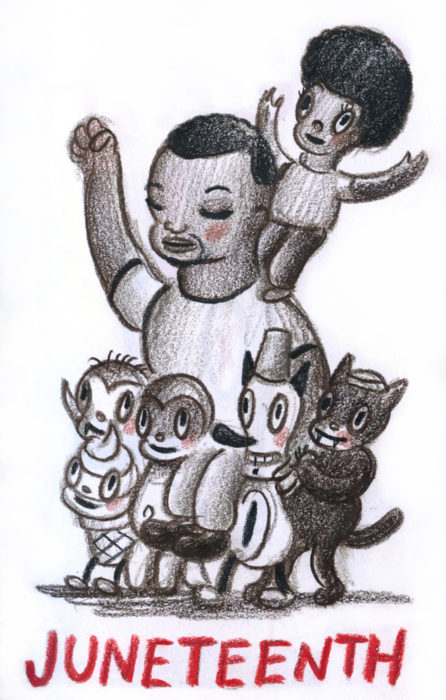 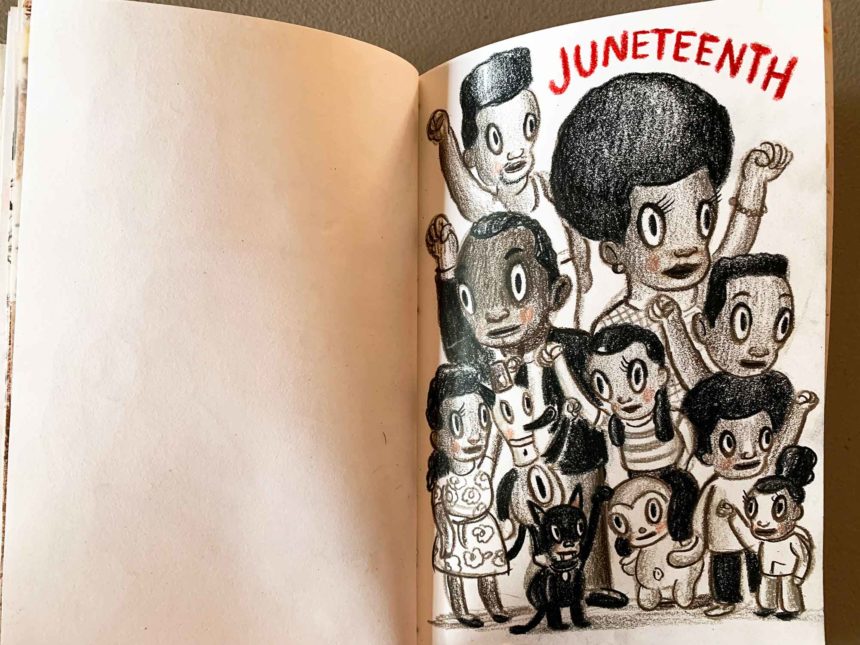 COME DOWN THE RABBIT HOLE WITH ME! I’ve always

MAKE ART YOUR OWN. Domestika produced a little pro

SKETCHBOOKS ARE MY MEMORY. Sketchbooks are where I

MY SKETCHBOOKS! It all begins with a sketchbook. A

Do you remember SHELTERING IN PLACE? Read about ho

When the Black Cat Angel of Death came to call Bla

BOSKO is asking “WHERE IS THE LOVE?” Yesterday

THE DARK TORTURED LONELINESS OF BEING AN ARTIST.

MUSIC TO MY EARS. I loved the process of working

QUENTIN MEETS TOBY! Once Upon A Time in ComicCon!