Released May 28, 2021 in theaters and on digital, the film features Baseman in conversation with and drawing Moby at his restaurant Little Pine. Baseman’s art is animated specially for this project, including a passage in which Moby shares a lesson he learned as a tiny, little baby: “Animals are nice and people are terrifying.”

Check out the trailer here and visit www.mobydocmovie.com to learn more about how to watch it from your location. 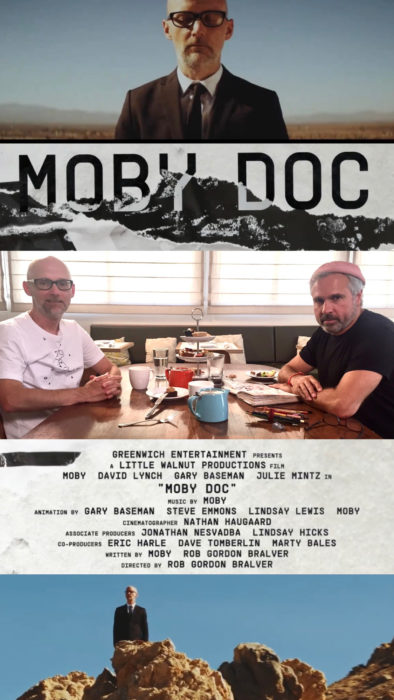 A COUPLE more reasons to support NIGHTMARES OF HAL

A PERFECT SCARF TO HIDE YOUR VAMPIRE BITES! Please

NIGHTMARES OF HALLOWEEN PAST!! PLEASE SUPPORT! We

NOT SOON! VERY SOON! In a few hours we will be lau

WE ARE ABOUT TO TAKE OFF! #nightmaresofhalloweenpa

BOSKO made me take him to SEARS to get an official

HUNGRY FOR HALLOWEEN? I think I’ll have somethin

Come join the MYSTIC ORDER of the CYPRESS PARK BEA

BOSKO & I are preparing for something very special

WHO WANTS TO GO ON A BIKE RIDE? My Grandfather own

ALWAYS TIME FOR WHACKING! 19 years ago, we had my