The plush version of Blackie the Cat was produced in 2019, following the many creative collaborations completed by Baseman and his feline companion. With his “triple purr” and healing powers, as well as his desire for attention, Blackie the Cat inspired ChouChou and Ahwroo. Blackie became a Baseman character in his own right with the sound bath installation The Purr Room (Los Angeles, 2018/London, 2019).

On April 2022, Baseman launched a Special Chai 18 Edition plush (edition of 18) of Blackie the Cat in a striped hat and a Red Elifant. Playing off the number 18, Baseman calls this plush series the Chai Edition. Chai (חי), pronounced like “hi,” means life in Hebrew. Each plush was signed and numbered by Baseman, and comes with a Certificate of Authenticity plus an Italian cotton dustbag with Blackie’s image. The accessories were made by hand in the USA by Flat Bonnie. 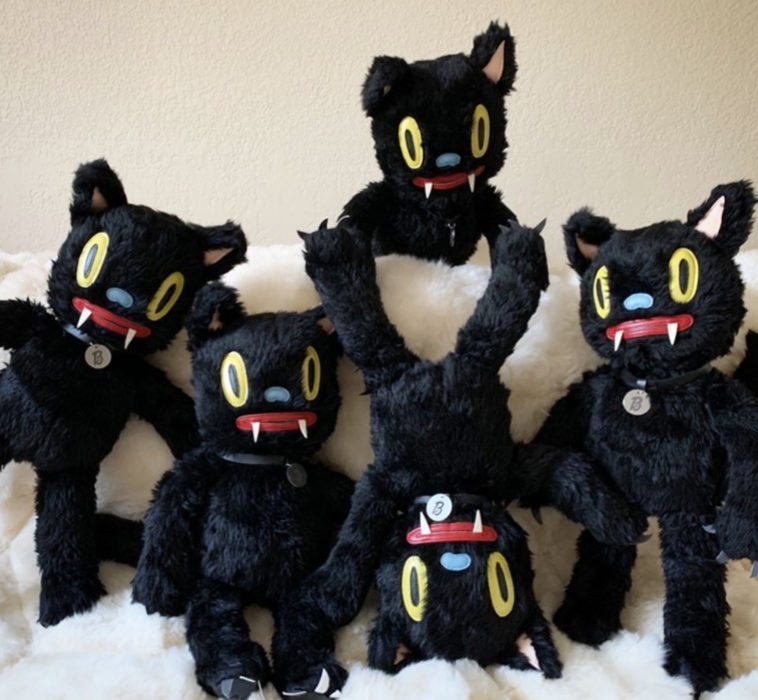 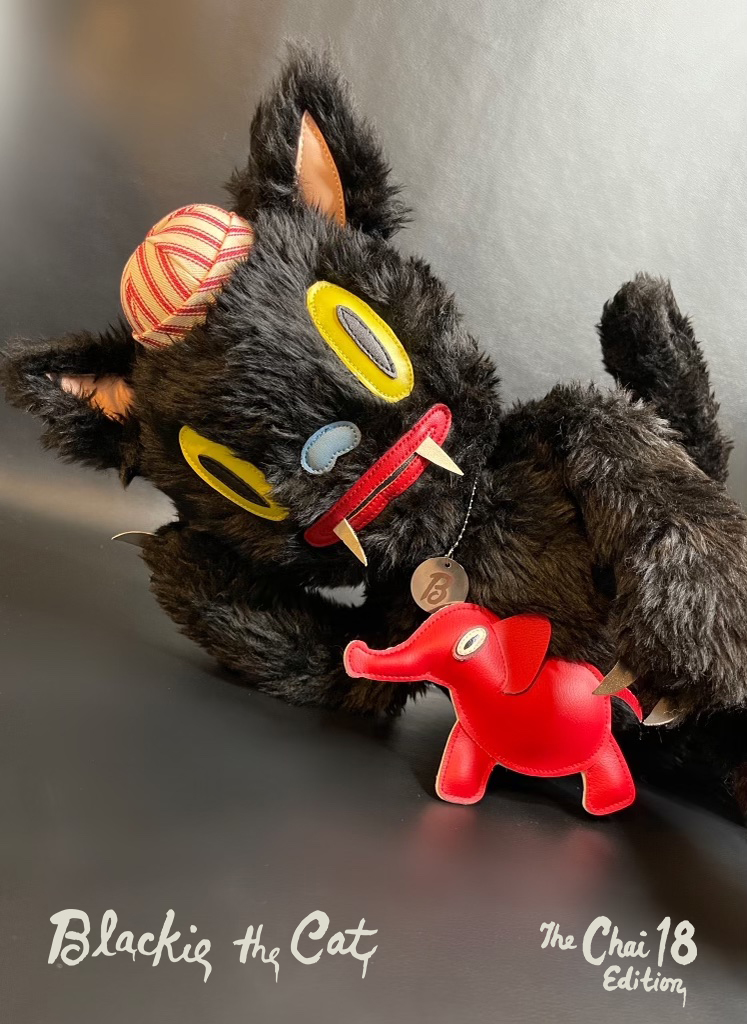 EXTRA THANK YOU! Looks like our book, Nightmares o

YUM! Thanks @broadstreetoysterco for the delicious

SILVER WINGED BLACKIE PENDANT! In honor of my old

I can’t believe our country’s Supreme Court re

RABBIT coming this summer. @rabbit.newyork will b

THE GREAT BLACKIE THE CAT! I’m so happy to dive

ANIMAL STYLE MASH-UP at IN-N-OUT! I had a dream of

Celebrating Juneteenth, the emancipation of Africa

Happy Father’s Day!! Here we are on the SKYWAY a

NIGHTMARES OF HALLOWEEN PAST! Finally! My first co

Today would have been my parent’s 76th Wedding A

THE GANG’S ALL HERE at @mussoandfrankgrill Satu

WHERE’S BLACKIE? Well, he lives in my heart. I l

DREAM READING! Found this painting I did back in t